I have been watching events in Greece very closely. I’ve learned a fair bit and thought I’d share some of my thoughts with all of you.

1. What was Sunday’s vote really about?

Despite the confusion on how the ballot read, most Greeks said that by voting no, they were saying that they won’t make any more sacrifices without meaningful debt relief. The argument for debt relief is that austerity has shrunk the economy faster than it has reduced the debt, so more suffering without a plan to restore growth isn’t going to fix the problem. The Greek economy has contracted by 26% since 2010, resulting in one of the worst depressions the developed world has ever seen. Many would say the country is already insolvent.

You might be surprised to learn that this view is held by both the IMF and the US Government, not just radical left-wingers. Jack Lew, the US Treasury Secretary, has spent countless hours on the telephone urging his European counterparts to hammer out a Greek compromise including debt relief, apparently to little effect.

2. How much should U.S. investors care?

Some, but most of the impact will be temporary. The Greek economy is only the size of the state of Oregon and its population the same as that of Ohio. More importantly, two failed bailouts and two failed debt restructurings later, most Greek debt is now held by the European institutions such as the European Central Bank, or the IMF, not European banks. A Greek default would therefore increase sovereign debt a bit, with taxpayers (of some future generation) ultimately footing the bill. So even in the event of default banks won’t take losses, preventing another “Lehman” type event.

Yet since markets hate uncertainty, all investors should be prepared for higher volatility and reduced risk appetite over the next couple of weeks. In a worst case, a Greek default could trigger a temporary global selloff. We can only hope that a market riot is not needed to get both sides to finally nail down a deal.

The uncertainty around Greece, if prolonged, is likely to affect business confidence in Europe and stall some of its recent progress, similar to what happened when Putin invaded Ukraine. But as we saw with the Putin crisis, the market eventually recovered nicely so I see little reason to run for the hills.

3. What are Greece’s options now?

I increasingly believe that Greece’s best option may be to exit the eurozone but not the European Union. (Remember, both Great Britain and Denmark, for example, are in the Union but not the eurozone.) They can then devalue their new currency, which would encourage exports and help break the cycle of deflation. This is what most countries have done when they have found themselves in a similar positions (e.g. Iceland in 2008-09 and Argentina in 2001-02) with good results.

I am not exonerating Greece and personally have little pity on folks who evade taxes, cheat and otherwise fail to play by the rules of the game. Greece does need to clean up its act and stop the cronyism. Leaving the euro might just be the right mechanism to force this to happen.

Greece’s other option, of course, is to stay in the euro regime, with the hope that some debt write-down and some structural reform will be less painful in the short-term than going back to the drachma.

The most immediate issue is whether the ECB will make a permanent decision on supporting Greek banks via its emergency liquidity assistance program. In all likelihood it will, provided that negotiations are progressing. Athens then has until July 20 (when payment of a $3.5 billion to the ECB is due) to get a deal. If they don’t, then we are very likely to see a “Grexit” (i.e., Greece exiting the eurozone). 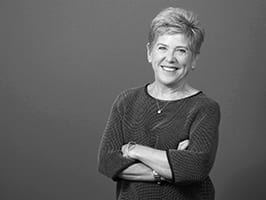 Leigh Bivings, Ph.D., CFP®, CDFA™
Leigh is CEO and Founder of Artemis Financial Advisors LLC. Leigh has a Ph.D. in applied economics from Stanford University and is a Certified Financial Planner (CFP®) and Certified Divorce Financial Analyst (CDFA®). She enjoys working with clients and strives to give them peace of mind and robust frameworks so that they can make more informed choices about spending and saving and make these choices with enhanced confidence.

The season of giving is upon us and I suspect that if you are like me, your mail is full of solicitations from your favorite

In light of the poor performance of a classic 60% public equity and 40% bond portfolio in 2022, this report focuses on the ‘allure’ of

Tax-Loss Harvesting: Is It Worth It?

During market downturns, investment managers will often engage in tax-loss harvesting as a way to create a little  tax ‘alpha’ (a.k.a. positive return) in an

Read More
Back to Blogs