Golfing in a Bear Market

When I was learning to play golf as a teenager, my uncle Jim would always tell me that golf is all about minimizing mistakes. If I wanted to score well, I needed to have good “course management”—that is, understand which shots might get me into big trouble (e.g., water hazards, deep sand traps) and do my best to avoid them.

As J. David Stein writes in his book Money for the Rest of Us: 10 Questions to Master Successful Investing, “Making investing mistakes is normal. All investors, even highly successful hedge funds, make mistakes…The only difference between the winners and losers is that the winners make small mistakes, while the losers make big mistakes.”

Traditional financial theory asserts that investors are rational, self-interested, and operate with perfect (or near perfect) information. Importantly, this means that investors are not confused by cognitive or information processing errors. Over the past few decades, the academic discipline of behavioral finance has emerged to challenge these assertions.

Behavioral finance asserts that investors are influenced by their own biases, that these cognitive and emotional biases lead to investing errors—often very big ones. Behavioral finance helps to explain actual investor behavior. Over the last few decades it has identified and studied dozens of these biases, many of which you have probably heard of (e.g., mental accounting, loss aversion, recency bias, sunk cost fallacy) and some of which you probably have not (e.g., snake bite effect, endowment bias, affinity bias, and self-attribution bias).

With this in mind, I thought it would be appropriate to review five of the cognitive biases that I think are the most potentially damaging to investors in the throes of a highly volatile bear market.

The snake bite effect refers to when investors incur significant losses in their equity portfolio and then overcompensate by re-structuring their portfolio to avoid any future risk. This bias is a common outcome of a prolonged difficult market environment and can lead to a portfolio that will not meet the investor’s requirement for long-term capital appreciation. It is no fun being bitten by a snake, but don’t let it knock you off course for good.

The status quo bias derives from the fact that most people don’t like to admit failure. Studies have shown that investors prefer to sell a stock that has gained in value more than selling one that has dropped in value even when the future prospects of the stock are identical. This occurs despite the fact that there are tax advantages to recognizing a loss and holding a gain. This emotional desire to avoid recognizing a loss results in underperformance. Remember, selling at a loss is not an admission of failure, but rather can be good “course” (I mean portfolio) management.

Sometimes referred to as “throwing good money after bad money,” the sunk cost fallacy is when an investor puts more money into an investment against their better judgment simply because they have already invested so much into it. Psychologically, it becomes increasingly difficult to cut ties from the investment. Logically, past investments should have no bearing on the current decision of whether to invest (or invest more).

Anchoring is a logical bias in which investors base investment decisions on a prior price point, even though that price point is no longer relevant and was arbitrary in the first place. Any purchase below the anchor point and any sale above the anchor point is seen as a good value. Anchoring is why price discounts and temporary sales are so effective at driving consumers to make a purchase. The danger with becoming anchored to certain price points in a bear market is that investors can end up overextending themselves as prices continue to drop even further, eventually requiring the investor to sell at a low point to raise cash.

Recency bias occurs when investors put a greater emphasis on recent events than events that happened in the more distant past. For example, after gas prices have fallen for a few months, sales of large SUVs and trucks tend to increase. Consumers believe, often mistakenly, that gas prices will continue to stay low. From an investment standpoint, the best time to buy that SUV would have been just before gas prices fell, not many months afterward.

Recency bias leads to the biggest mistake in investing: performance chasing. Behavioral finance researchers have found that 39% of all new money committed to mutual funds flows into the 10% of funds with the best performance the prior year. This is recency bias at its finest. One way to combat this bias is to keep a focus on valuations rather than just prices.

Hopefully understanding these five cognitive biases will help you think more rationally about your next investment decision. Much like in golf, one of the best ways to minimize your mistakes (and avoid the really big ones) is to scan the horizon and see what hazards are out there. Then put a game plan together and stick to it. Trust in your process and don’t make decisions based on a whim.

If you’re interested in learning more about behavioral finance, I highly recommend Why Smart People Make Big Money Mistakes and How to Correct Them by Gary Belsky and Thomas Gilovich. 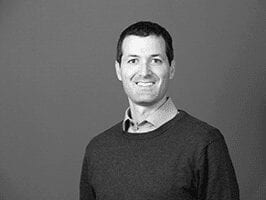 Mark Haser, M.B.A., CFP®
Mark is a Partner and Wealth Advisor with Artemis Financial Advisors LLC. He has an MBA from Boston College’s Carroll School of Management and is a Certified Financial Planner (CFP®) professional. Mark helps physicians and high-net-worth families to optimize their cash flow, minimize taxes, and build a plan for long-term financial success.

The IRS recently put forth a new set of life expectancy tables for the first time in 20 years. This new table has a longer

RMDs are distributions that people aged 72 or older must take from their retirement accounts each year as mandated by the government. When you withdraw

Impact of Debt on Health in Retirement

People get very emotional when it comes to debt; we now have a bit more insight into why. Although it has been well-known for some

Read More
Back to Blogs

We use cookies on our website to give you the most relevant experience by remembering your preferences and repeat visits. By clicking “Accept All”, you consent to the use of ALL the cookies. However, you may visit "Cookie Settings" to provide a controlled consent.
Cookie SettingsAccept All
Manage consent

This website uses cookies to improve your experience while you navigate through the website. Out of these cookies, the cookies that are categorized as necessary are stored on your browser as they are essential for the working of basic functionalities of the website. We also use third-party cookies that help us analyze and understand how you use this website. These cookies will be stored in your browser only with your consent. You also have the option to opt-out of these cookies. But opting out of some of these cookies may have an effect on your browsing experience.
Necessary Always Enabled
Necessary cookies are absolutely essential for the website to function properly. This category only includes cookies that ensures basic functionalities and security features of the website. These cookies do not store any personal information.
Non-necessary
Any cookies that may not be particularly necessary for the website to function and is used specifically to collect user personal data via analytics, ads, other embedded contents are termed as non-necessary cookies. It is mandatory to procure user consent prior to running these cookies on your website.
SAVE & ACCEPT
Menu